Winning a Caravan & Camping Industry (CCIA) Award of Excellence is the highest accolade a business in the caravan and camping sector can achieve, and North Star Holiday Resort at Hastings Point didn’t just come away with the ‘Holiday Park of the Year’ award, they also picked up the inaugural ‘President’s Award’.

The CCIA Awards recognise caravan and camping parks that excel in terms of customer service, innovation and best practice. CCIA President Mr Theo Whitmont said his organisation takes great pride in their industry and never overlook the fact that success is the result of many contributions over many years.

“The long-term efforts by members of the industry prompted the CCIA Board to introduce new Awards in 2019, aimed at acknowledging the ‘innovators and builders’ who had helped shape the industry over decades. North Star Holiday Resort was one of the first holiday parks to lift the industry’s game in pioneering modern new facilities for families.”

It has now been almost four decades since North Star owners Ian and Diana Beadel purchased the site, which back then was a swampy paddock, with a basic amenities block, no infrastructure or sewage connections, and just a handful of staff. The pair have been at the helm ever since, continually reinvesting profits back into the park and adding benchmark attractions, services and facilities unique in the caravan and camping industry in Australia. Today, North Star has evolved into an industry leader, with 133 tourist sites including 80 campsites, 53 cabins and apartments, and employing almost 90 local staff.

Over 20 years ago, North Star became the first 5-star rated holiday park in New South Wales, which is still considered a rare achievement in the caravanning industry. North Star is the only 5-star caravan park in NSW and one of only two caravan parks in Australia to hold this rating in the nationally accredited Star Ratings program.

Ian said that being presented with the President’s Award for the small role they have played in the industry is very humbling, and the award will be cherished amongst North Star’s highest achievements”.

“Without doubt, joining the CCIA in the early ‘80s was one of the most important decisions we have made and fast-tracked our industry education through attendance at the annual conferences and trade shows.”

“I couldn’t be prouder of the team at North Star, many of whom have worked at the park for over 20 years. From the grounds staff to housekeeping, to our reception team to management, everyone is celebrating this award and deservedly so. Without their commitment and passion, we wouldn’t be winning awards of this calibre. It’s always been a team effort and every single one of them has contributed to the success.”

The latest awards come hot on the heels of a winning streak, with North Star winning the BEATS (Business Excellence Tweed Shire) Award for Best Tourism and Visitor Experience in August, progressing to the regional finals and taking out the NSW Business Chamber Excellence Award in October. North Star was also a finalist in the NSW Tourism Awards ‘Caravan and Holiday Park’ category.

In the past 12 months, North Star has added two new 60m high ‘Super Slides’ to its waterpark, extended the restaurant to include a covered outdoor deck for dining, drinks and live music, and built new Hamptons-style coastal cottages.

North Star is considered a “mecca” for families; a caravan park where kids are king and almost everything found there has been created with younger guests in mind. Ian said many kids liken their stay at North Star to a holiday in the middle of a theme park.

“It’s non-stop entertainment for the kids and the best part is that it’s all included in their stay.” 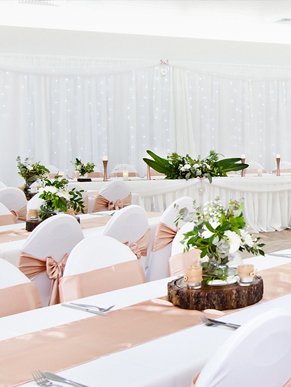 Bonding over a BBQ – Top tips for the best BBQ-ing experience!News